Try to survive in this new game set in The Walking Dead Universe.

The Walking Dead: Survivors is a brand new mobile game set in the iconic world of The Walking Dead. You’ll need to build up a thriving community of settlers in order to survive, but luckily you’ll have help from some familiar faces. There are over 80 characters to recruit, with the roster being made up of new characters as well as iconic TWD characters like Rick, Glenn and Michonne.

You’ll certainly need the help of these would-be allies as hordes of walkers will regularly attack your community. Building up defenses is key here, as is carefully planning the formation of your survivors. As long as you have placed obstacles and reinforced your walls you will outlast the siege, but be aware that while each individual walker isn’t too much of a threat on its own, it’s easy to be overwhelmed by large groups. It’s not just the walkers you’ll need to worry about however. Outlaw survivors and other players will also come knocking at your gates, looking to take your supplies and damage your community.

Each of the 80+ survivors has their own set of skills and attributes. Some, like Rick, specialise in combat, while others like Maggie help make sure the development of your community is going smoothly. Once you’ve unlocked a new character you’re only at the start of their journey as a survivor. There are multiple upgrade tiers for you to invest in, gradually growing each character and making them stronger. Eventually you can promote certain survivors to positions of power, making them a key part of your strategy against incoming threats.

Explore the World of The Walking Dead

This being a new The Walking Dead game and all, there’s naturally a whole world outside your community filled with equal parts danger and opportunity. By exploring new areas you can unlock new characters, items, resources and more. Just make sure you’re sending the right survivors out for the job. As you complete more of these supply runs and uncover more locations you’ll also learn more about the world around you. 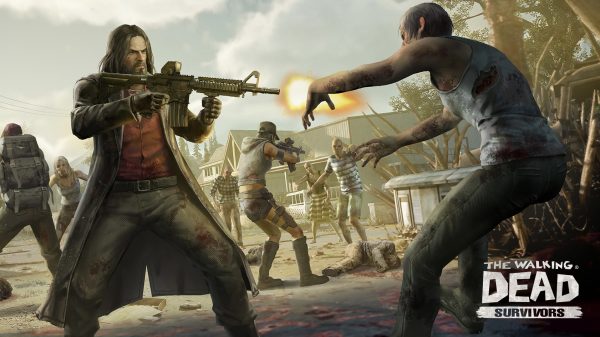 It’s easy to lose hope in a world as formidable and dangerous as that of The Walking Dead: Survivors so you’ll be pleased to know that you won’t be alone. You can form Clans with other players, working together to build new Clan buildings and strengthen your forces. Other players can attack your communities, so forming alliances is a great way to tip the scales in your favour.

Negan and the Saviors

Fan-favourite villain Negan is a constant threat in The Walking Dead: Survivors, using his gang of Saviors to hold key territories across your region. As you build Clans, unlock new buildings and strengthen your settlement you’ll slowly fight back, though you’ll need to have a solid army in place to go toe-to-toe with Negan. 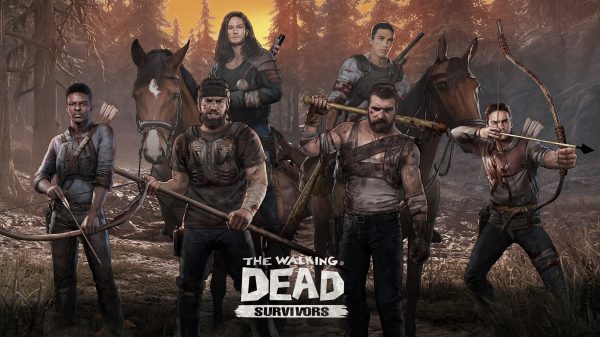 Ultimately, the survival of your community and fellow settlers rests squarely on your shoulders. As community leader it’s up to you to make sure your community is well protected, stocked full of resources and guarded by capable soldiers. Take the lead and try to survive the hordes in The Walking Dead: Survivors, out now on iOS and Android devices.

The post The Walking Dead Survivors rests the fate of a settlement on your shoulders appeared first on VG247.