Every now and then there comes along a video game design idea that’s so obvious that you wonder why it hadn’t been thought of sooner. When these ideas come along, they’re of course often brilliant – which is why they feel so like they weren’t so much conceived and developed so much as they simply always were.

Such is the case for Sea of Thieves: A Pirate’s Life, the new mash-up of Rare’s ever-lasting world of magical piracy and the biggest pirate franchise on the planet, Disney’s Pirates of the Caribbean. Announced as part of the Xbox E3 festivities, the free expansion features POTC series lead Captain Jack Sparrow, but also brings with it a wealth of ideas and features that should serve to enrich the life of Sea of Thieves players across the board – from the experienced hook to the landlubber newcomer.

To my mind, the best element of this is a simple one: finally, it gives players an instanced little slice of the Sea of Thieves experience where you won’t be under constant threat from dickhead other players. For some players, and for newcomers in particular, this might be big.

Traditionally, Sea of Thieves is an always-online experience. While it’s not an MMO, once you exit the tutorial you’ll be placed onto a server with a range of other players – and you can encounter them for good or for ill. The Sea of Thieves community is generally welcoming and lovely, I want to note, and progression is ‘soft’ enough that there’s never the threat of losing significant progress – but the threat of coming across somebody who might decide they fancy ruining your day is huge. 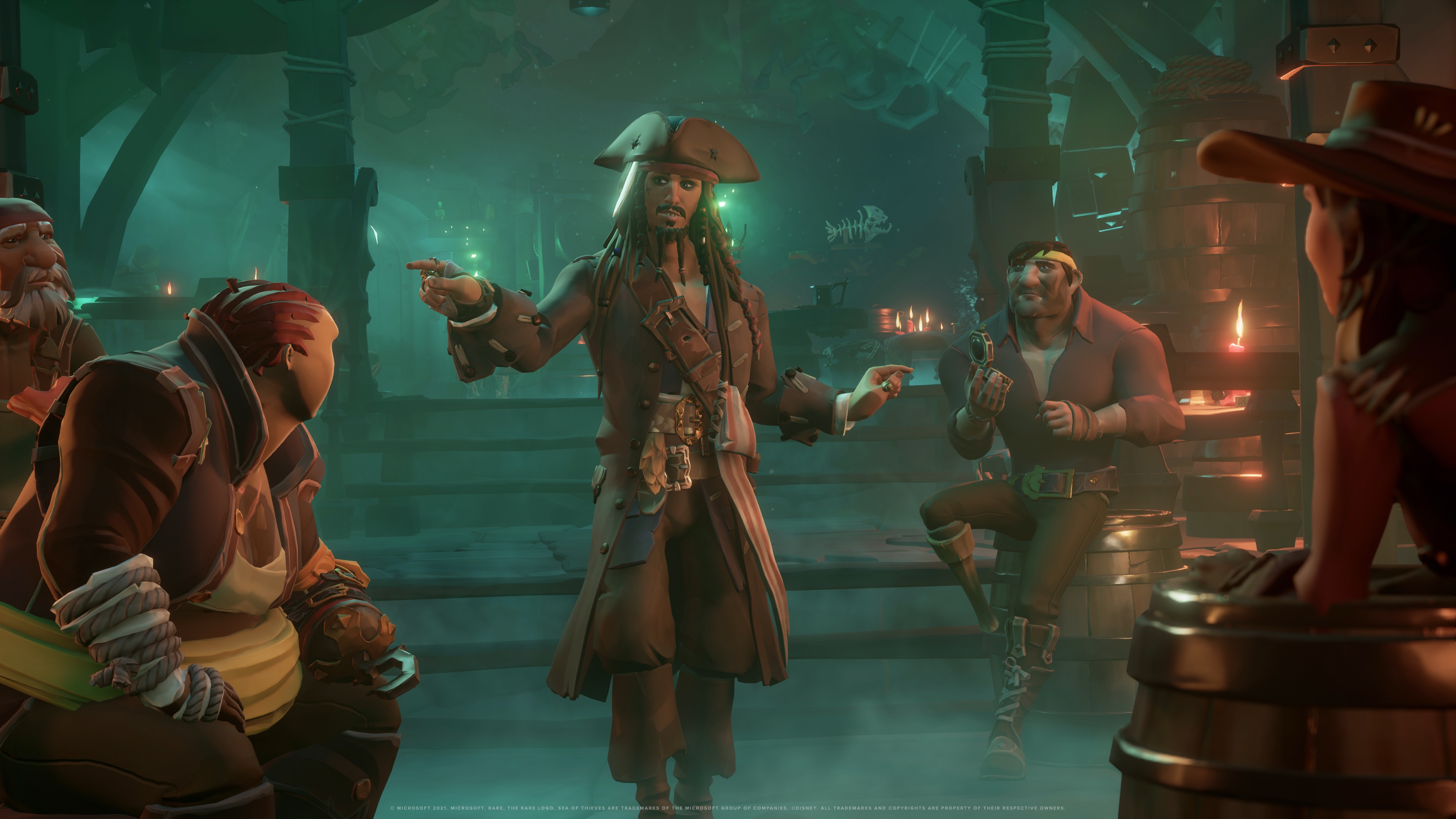 This fits with the theme, of course. The pirate’s life is all about thieving and backstabbing. Sometimes it leads to hilarity, too. When I think about some of my best Sea of Thieves moments, one of the top-ranking ones will forever be when some dick snuck aboard our ship when it was moored up, put an explosive barrel on the lower decks, then hid down there and waited for us to all board the ship before blowing us all to kingdom come. I mean, on one hand, screw that guy – but on the other, I respect it.

Anyway, A Pirate’s Life isn’t that. The new Pirates of the Caribbean chapter is the most significant and cinematic attempt at direct storytelling Sea of Thieves has made yet – and that meant that it made sense to segregate it off from the online-focused aspects of the game. You can of course play the expansion alone or with a crew of up to four – but you won’t be seeing any strangers out on the seas.

Specifically, the adventures with Jack Sparrow will take place in The Sea of the Damned and The Sunken Kingdom, new zones that are separate from the main Sea of Thieves. These will work much like instanced areas in an MMO – once you enter them, your crew is on their own. Solo or co-op, there’s no chance of somebody stealing your ship while it’s moored up, sinking you on a lark or exploding your ship just to watch it burn. 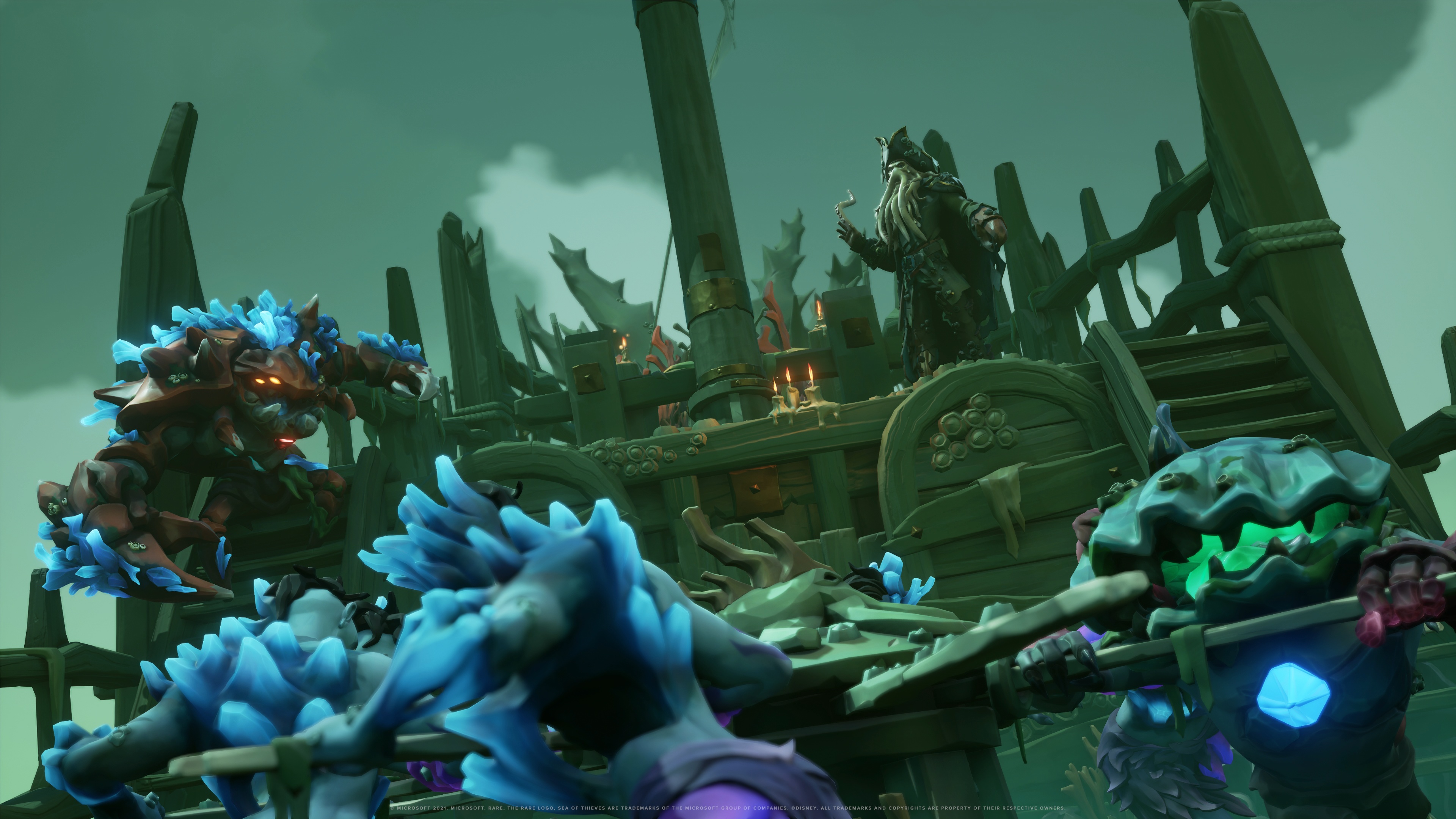 While much of the fun of Sea of Thieves is its emergent gameplay, in A Pirate’s Life you’ll have more directed objectives (indeed, Sparrow’s compass will always point to your objective, something this game has always made more obtuse in the past) and even an AI buddy in Jack Sparrow himself, voiced by the same guy as in the character’s Kingdom Hearts appearances. Even solo players will get some of the feeling of having a crew, as Sparrow will actively participate in things on your ship, getting stuck into ship-to-ship combat and the like.

Other elements of the game have been streamlined to make life easier, too. In the existing story-driven ‘Tall Tales’, progress can easily be lost either through the nefarious actions of other players or simply running out of time in a session and logging off. A Pirate’s Life has checkpoints, so you can pick up each of the five Tall Tales that make up the expansion where you left off, spreading progress between multiple sessions. The main game remains untouched in its multiplayer-driven, gloriously grief-enabling chaos – but this new expansion will give people a safe space that might also double up as a great place for less confident players to brush up their skills.

On top of all this there’s new weapons, new enemies, and new underwater swimming mechanics where oxygen-producing plants spew bubbles that can be inhaled to replenish breath without heading to the surface. In these elements you can see that there’s plenty here to thrill those who have hundreds of hours logged on the game, a more general enriching of the experience. Some of these new elements such as certain new weapons and enemies will also bleed over into the main Sea of Thieves world. 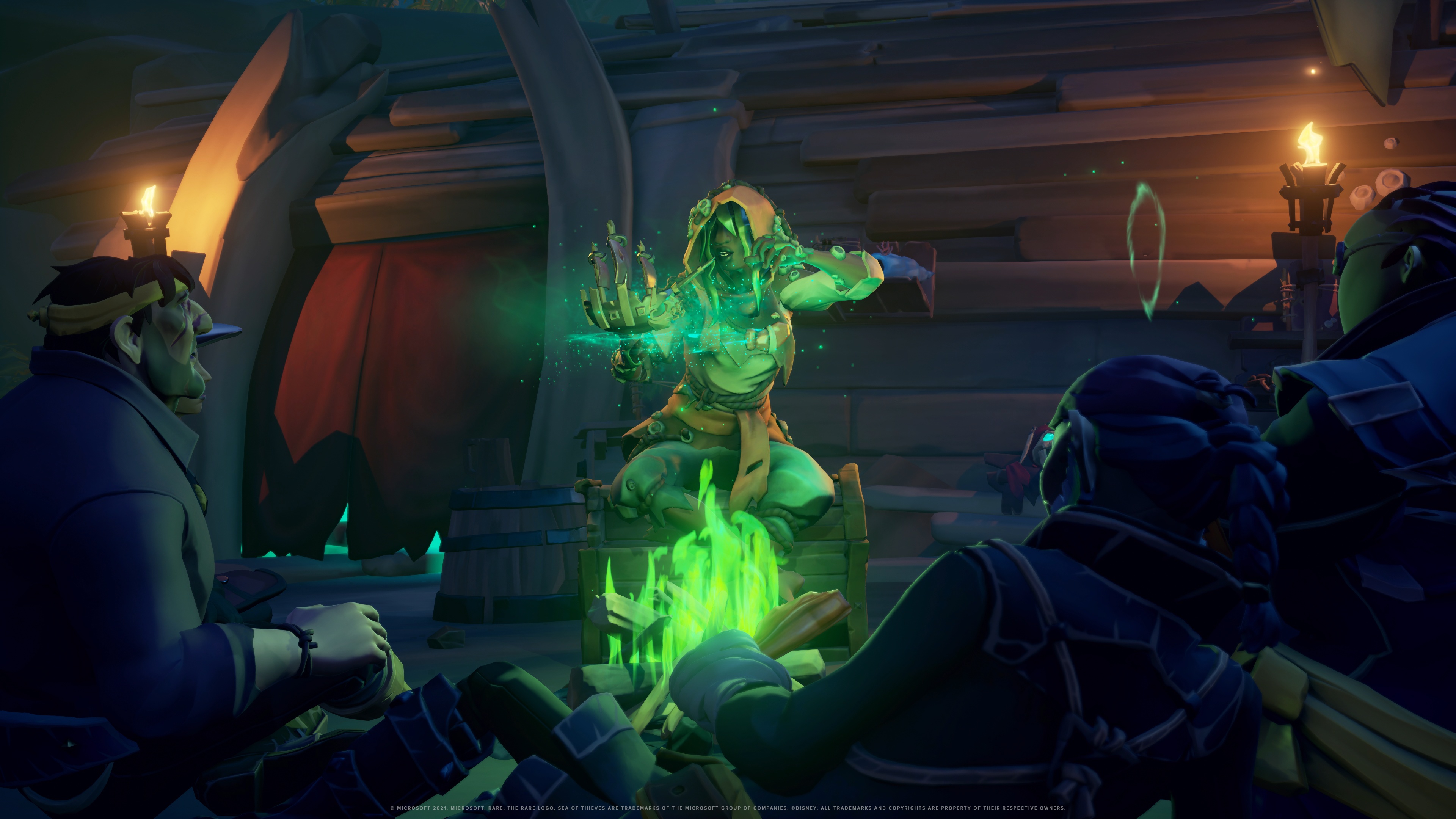 All of this is the material stuff – but on a superficial level it’s an attractive free expansion too, lovingly blending the Sea of Thieves and Pirates of the Caribbean worlds together. This isn’t just based on the films, either – Disneyland veterans will find painstaking recreations of scenes, moments, and characters from the ride that inspired the movie franchise, with original sound recordings from it even used in certain places.

Crucially, it isn’t just some cross-over side content but a key piece of the ongoing narrative of Sea of Thieves. The lore and worlds of the two franchises have been woven together in what looks to be a careful, respectful way. Authenticity is rarely a word that can be said about crossovers – but it seems this one has achieved that feat. There’s stuff here for seasoned players who have worn the existing content thin, but also a smart simplicity to the design of the expansion that it’ll likely be enticing to newcomers. You can start the quest organically out in the main world, or launch into it with a few clicks from the main menu.

You won’t have to wait long to try it, either. Sea of Thieves: A Pirate’s Life releases on June 22nd – and Sea of Thieves is of course included in Xbox Game Pass on both PC and Xbox. There’s not much excuse not to give it a try – Jack Sparrow is waiting.

The post The best part of the new Sea of Thieves and Pirates of the Caribbean crossover? Other players can’t grief you appeared first on VG247.