Now that the news is official that Microsoft has acquired Bethesda, we figured this would be the perfect topic to discuss for our latest mods recommendation list! With our previous recommendation list talking about how to bring Dragon Age into Skyrim, we’re now going to share some of our most hilarious picks for mods that make us chuckle in Fallout!

When in doubt, go Taylor Swift

I don’t think that’s an actual saying, but it’s the perfect prelude to this mod that honestly does nothing important but I love it anyway. I’m not even a Taylor Swift fan, but the idea of roaming the Wastleland with a Barbie pink Pipboy with a giant Taylor Swift face on it just brings me an uncomfortable amount of joy. 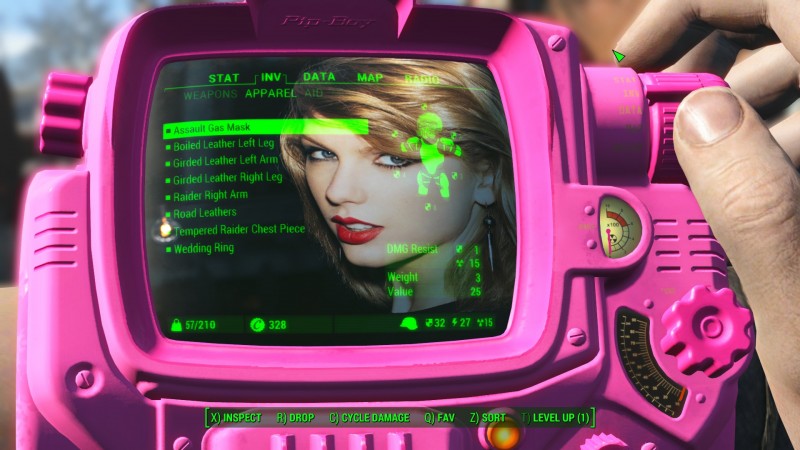 This mod is for Fallout 4 on PC. As far as I know, it’s not available on console but I have played with it on PC and it is glorious.

You’re welcome, and you can get it here.

Here (Nicholas Cage) he comes to wreck the day

Another celebrity mod but instead of stealing the declaration of independence, ‘ol Nicky Cage is here to steal our hearts instead. That’s right, Nicholas Cage is invading the world of Fallout 4 and in the best (and most useless) way possible.

This mod has video, so enjoy and I’m also a little sorry for any nightmares this might give you tonight. We love you.

A world of wacky

This mod is for Fallout: New Vegas and if you couldn’t tell already, it’s not meant to be taken seriously. Become one with the memes or just barf weird fire, this mod is pretty  much just making your time in New Vegas feel as nonsensical as possible. With the world ending, why not go out as a meme? 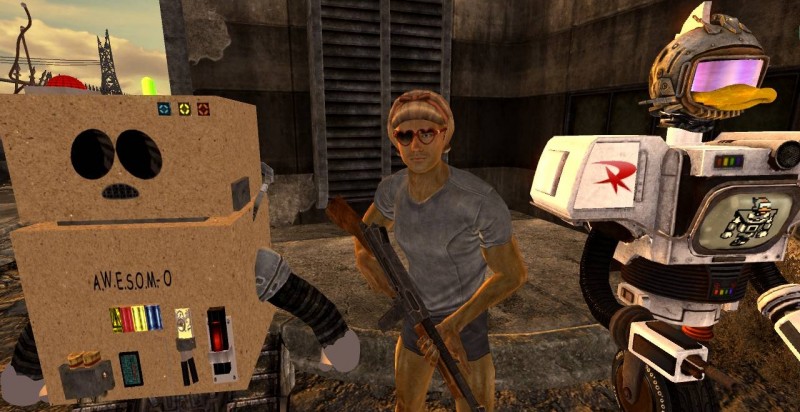 From adding epic robots to throwing poo for some god awful reason, you can snag this mod right here for all your playtime pleasure.

Think Todd Howard, but then make him Jesus

There are tons of Todd Howard mods out there for Fallout but my personal favorite is the retextured Pipboy that basically turns Howard into Jesus to bless your journey. Another settlement needs your help? Kill those mutants with kindness and then a butt-ton of bullets, because you’ve got the power of God and Todd Howard on your side. 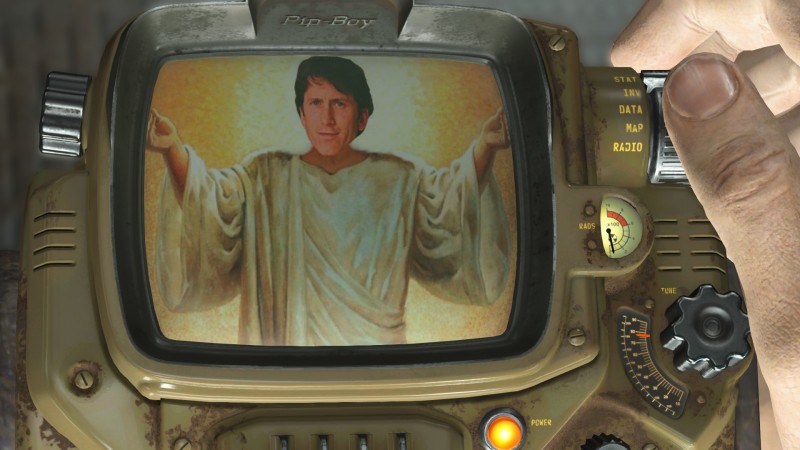 Blessed be his Todd, you can get this Fallout 4 mod right here.

This mod is less overtly funny and more just really awesome content that happens to have hilarious moments. The “A Little Mutant Problem” mod is for Fallout 3 and adds 7 new quests to the game, new characters, weird creatures, new weapons, and some pretty hilarious dialogue. 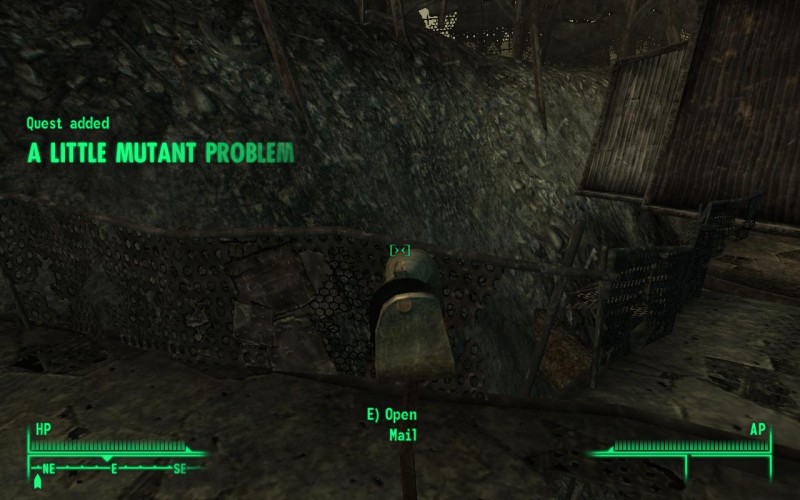 If you’re looking for an excuse to dive back into Fallout 3, this mod right here is a good reason to do just that.

If you liked it you don’t have to put a ring on it, but you can comment in the section below to tell us how you are liking Mod Corner so far! Any games you’d like to see some recommendations for? Drop those suckers in the comment section below!