In a market full of class-based multiplayer games, Overwatch exploded onto the scene back in 2016 with a roster that demanded attention. Not only did each character fulfill a necessary team role, but each of them was visually distinct from the last. Players fell in love with Mei’s charm, chastised Bastion and his damn shield turret, and found solace behind Reinhardt’s broad shoulde– I mean, uh, barrier field. You had a role to play no matter which hero you played, and when your team was firing on all cylinders, Overwatch felt like magic. And while the shifting winds of esports lead to major shakeups in the game’s meta, Blizzard continued to update their hero shooter with seasonal events, new cosmetics, and even massive character reworks.

In our original review of Overwatch, we lauded the game’s fresh twist on the team-based multiplayer genre:

Overwatch is an amazing experience. It’s fresh and consistently fun, with matches that are great in random groups but astonishingly good when played with friends. Blizzard has taken its masterful art of polishing and perfection to the team shooter, and things will never be the same.

To close out Overwatch’s 5th Anniversary week, I reached out to Game Informer staff members to share why Overwatch means so much to us. If you have any specific memories tied to the game or simply want to share what Overwatch means to you, leave a comment down below to let us know. 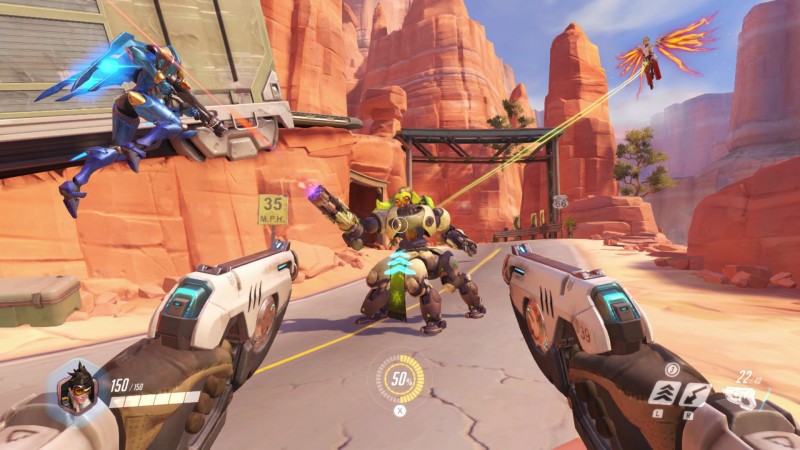 “Overwatch is a perfect storm of skills & challenges, short matches, and a core social element that makes it a uniquely captivating game I’m still playing 1400 hours later. Where other games in this genre haven’t hooked me, Overwatch did with its low barrier to entry and positive reinforcement. Free from leaderboards and public rankings, I felt encouraged to play characters I wouldn’t normally play and had a blast doing it. My playtime escalated quickly, and 5 years later, I’m still logging on almost every day, usually to play with family. It’s provided unique opportunities to spend time with friends and coworkers during a turbulent pandemic year, some of whom I haven’t seen in ages. Overwatch gives us the virtual space to enjoy that special time together. Not even a week goes by that the office Overwatch Slack channel isn’t professing our mutual love for Mei, speculating about our favorite heroes, or coordinating our next play session. It’s this blend of community and gameplay that makes Overwatch so important to me.”

“Positive reinforcement is a powerful thing, and that’s where Overwatch shines. It celebrates players’ achievements and doesn’t shame their failures. When you get a card on the board or the Play of the Game, it’s a nod to a job well done – encouraging you to keep it up and showing your team firsthand where you excelled. And if you have an off game, your stats aren’t plastered all over for others to see. In a world where we are fast to focus on the negatives and find the flaws, I appreciate Overwatch praising what people do well in matches. The whole system is encouraging, and I can’t deny the adrenaline rush I get from seeing my best moments captured on screen. How can you not crack a little smile when your name and character intro pop up for Play of the Game? And sometimes, that’s the little thing we need to make our day better. Through the years, Overwatch has celebrated my successes, and this has only made me want to keep getting better at the game.“ 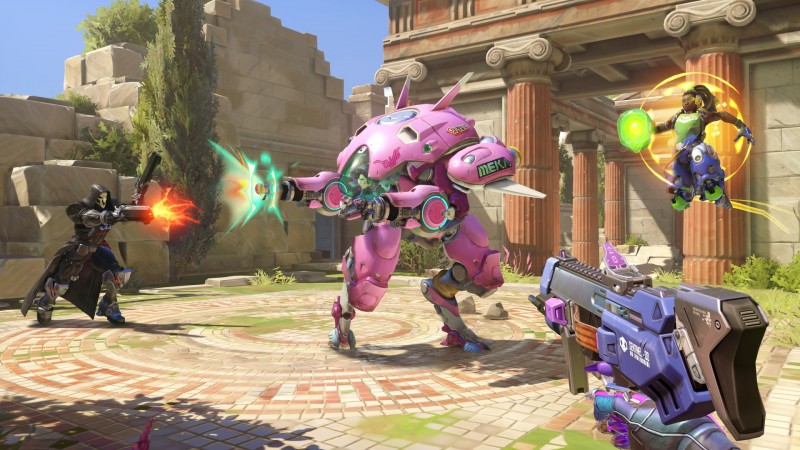 “I’ve never been a big online gamer – interacting with people I can look in the face is stressful enough, and as a femme gamer, I’ve always been aware of the threat of harassment in online spaces. So when friends recommended I try out Overwatch, I ignored them – for a while. It took me a year to try out the game, but as soon as I started, I set up weekly games, jumped on voice chats with friends I hadn’t talked to in years, and talked excitedly about the lore and complaining about Bastion being overpowered. As much as I enjoy the gameplay, that’s what Overwatch means to me – an evening with friends, yelling at the TV. Playing on a team together in Overwatch means we’re sharing victories, or at least losing together. It’s fun to improve your skills and learn new strategies when you’ve got your friends to encourage you even when you’re having an off day. I’m not sure I would have stuck with the game so long if I was playing with just anyone, but teaming up with people I care about has kept me coming back to the game for years and far too many hours of playtime.”

“Overwatch, to me, is a game that offers a strange source of calm. It’s an adaptable game that can be what the player wants it to be. For some, it can be the simple shooter that it looks like; an enjoyable online experience to pass the time and destress. Or, it can be something more. For me, I’ve been enjoying diving into deeper lore. The comics, the events, the in-lobby voice lines depending on what the team comp is. It all adds up to paint a picture of the heroes of Overwatch beyond the short time we get with them while in a match. One thing I am going to miss, though, is Jeff Kaplan. He brought with him a love for the community that could be felt. Each update from him felt genuine, more player-to-player than anything. He gave fans permission to be as silly as they want, which is why I love this fanbase so much. There’s a lot of passion for Overwatch, passion that has carried it through its lulls. It’s those kinds of communities that I value the most. I’m excited to see what the future holds for Overwatch 2, but looking back? I’m just really grateful for the experience that Overwatch has offered since its launch.”