Dragon Age 4 is poised to take fans of Thedas where they have never been within the video game franchise: Tevinter. While the associated novels and comics have taken us deep within the underbelly of power-driven mages and a society built on the backs of slaves, the games themselves have only skirted this expansive location through characters met throughout the franchise. We were introduced to Fenris in Dragon Age 2, an escaped slave that teased the horrors his kind-faced at the hands of blood magic-wielding magisters. We were later enthralled by Dorian Pavus in Inquisition, an Altus on his way to becoming a magister; a compassionate character bent on making his countrymen see where they have gone wrong while learning key lessons about his own problematic upbringing. He was also the victim of an attempted blood ritual, by his own father nonetheless, due to Tevinter’s scorned eye on homosexual relationships. In the same game, we also met Cremisius “Krem” Aclassi, a transgender soldier stuck in the middle of slavery and the elite, a class abandoned by common kindness, again chased out for being anything other than what Tevinter wants a citizen to be.

The games leading up to this point have painted horrific pictures of what Tevinter is like, as well as Antiva where we waded through the bloody narratives of life there through the assassin Zevran. So much of this corner of Thedas is both explored and ignored entirely, a paradox made even more evident with the most recent comic series with Blue Wraith that stars a returning Fenris taking back his homeland of Tevinter by killing slave owners and magisters alike.

But more than learning about these different parts of Thedas, the true implications revealed in Inquisition regarding the origins of magic, the Blights, and the downfall of the ancient elves has completely turned the lore we thought we knew on its head. The third game threw curveball after curveball about the Forgotten Ones, the Dread Wolf, and the death of an elite society. We even learned about the creation of the Veil itself, an otherworldly place that is heavily set in the games when regarding the Fade and the territory of mages.

What makes Dragon Age 4 so exciting is that it has the potential to tie up many of the loose ends that are stretched between the games and their printed companions, setting the stage for a mind-blowing conclusion to a build-up that first began with the humble beginnings of Dragon Age Origins.

BioWare also previously revealed concept art that very much alluded to the possibility of having a Mortalitasi companion, or at very least a Mortalitasi key character, bringing the Nevarran Death Magic front and center. This would be an opportunity beyond the anime-style movie that bore Cassandra Penteghast’s beginnings before we met her in Dragon Age II, and later as a companion in Dragon Age Inquisition. 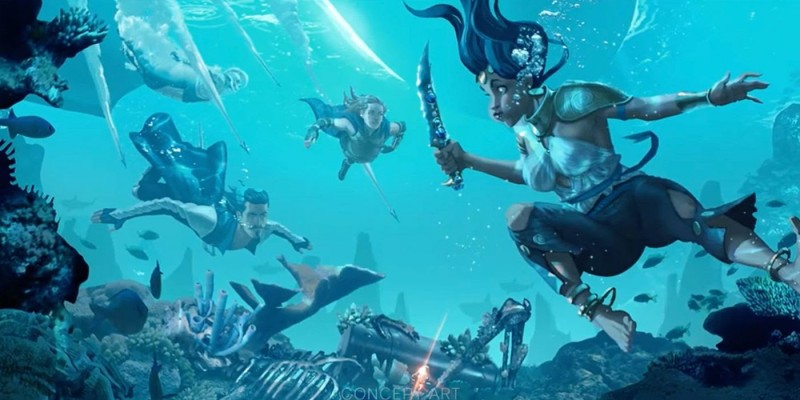 All of the fan theories, unanswered questions, and completely new areas of exploration have a chance to shine with Dragon Age 4, especially given the teaser trailer shown at The Game Awards 2020 where we saw the innards of Tevinter with sky-crested buildings teeming with magic. If done right, this could be the game meant to be a love letter to fans that have traversed Thedas through the years, as well as an incredible motivator for those interested in exploring the other mediums that celebrate the iconic BioWare franchise.

Want just a little more Dragon Age? Duh, of course you do! Let’s chat about where the heck is Sandal, shall we? Join that conversation right here.