Thank you everyone for waiting patiently for the latest entry in the Tales of series. As Tales of Arise will be coming to Xbox One and Xbox Series X|S on September 10, and digital pre-orders start today, April 22, our team is excited to share more details about Tales of Arise and its characters.

Our story centers on two neighboring worlds: Rena and Dahna. Rena is a planet inhabited by a society with highly advanced science and magic. In contrast, Dahna is a planet full of nature, rich with resources and a wide-variety of biomes like the flame-spewing lands of Orbus Calaglia and the snow-covered landscapes of Cyslodia.

After a swift and sudden invasion 300 years ago, Rena has strictly ruled over Dahna, pillaging the planet of its natural resources, and stripped the Dahnan people of their dignity and freedom.

Our tale begins with two people, Alphen and Shionne. Although they are born in two different worlds where division and domination prevail, they both seek to define their own fate and create a new future, experiencing conflict and growth together in their struggle for freedom.

Alphen is a Dahnan youth living as a slave in Calaglia who wears a mysterious iron mask that covers his face. In his fight for the freedom of his people, he meets Shionne, a Renan woman on the run from her Renan compatriots, who suffers from a curse that causes severe pain to those who touch her. During their journey, Alphen and Shionne cross paths with two young Dahnans: Rinwell and Law.

Rinwell is a Cysloden girl who is accompanied by a Dahnan owl named Hootle. Although the ability to use magic is usually only available to Renans, she is uniquely able to handle powerful magic techniques. Law is a boy who originally hails from Orbus Calaglia. Even though he is Dahnan, he works as a member of Rena’s police organization.

Commemorating over 25 years since the release of the first Tales ofgame, Tales of Arise both continues and evolves the tradition of the series. Tales of Arise Producer Yusuke Tomizawa has said that he wants the game to represent a new milestone for the Tales of franchise. With its new artistic direction, and making the most out of Unreal Engine, as well as the newly developed Atmospheric Shader to improve the graphics quality, it will make players feel like they’re in a painting. And with a story that’s more mature and hits on more essential themes than previous games, we hope players will be fully immersed in Alphen and Shionne’s journey.

The Atmospheric Shader, a tool developed specifically for Tales of Arise, adds a hand-drawn looking touch to the game’s graphics with sense of light movement and airiness. Combined with improved facial CG and more expressive power, the game’s upgraded visuals create an immersive world with spectacular drama and increased emotional connection as we follow the characters on their journey.

We’re looking forward to sharing the full experience of Tales of Arise with you when it releases on September 10. Pre-order the Standard, Deluxe, or Ultimate Edition now on the Xbox Store and receive the Pre-Order Bonus Pack, which includes DLCs like costumes for Alphen and Shionne, wing-themed outfit accessories, cooking recipes, and food items!

We can’t wait for you to be able to play the game later this year on Xbox One and Xbox Series X|S! 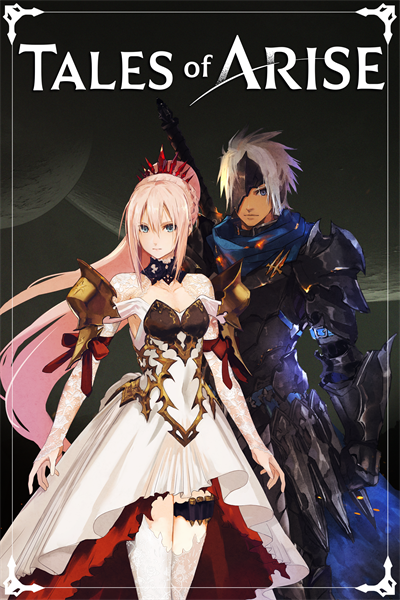 For 300 years, Rena has ruled over Dahna, pillaging the planet of its resources and stripping people of their dignity and freedom.
Our tale begins with two people, born on different worlds, each looking to change their fate and create a new future.
Featuring a diverse cast of characters, intuitive and rewarding combat system, and a captivating story set in a lush world worth fighting for, Tales of Arise delivers a first-class JRPG experience.