The April update brings several exciting additions to World of Warships: Legends as the game celebrates its second year since releasing into early access. Get ready to unlock and command aircraft carriers, take part in a new campaign, and prepare for new seasons of Arena mode! Let’s start off with a look at the new flattops.

Aircraft Carriers are here to stay and scout out the high seas! Your feedback from the airstrike event at the start of the year was largely positive, though we have made a few changes to them in the meantime. First and foremost are the balance changes, we made some tweaks to give carriers a bit more power in battle. Most importantly, we added an automatic navigation system based on your feedback to allow you to reposition your ship while flying your squadrons around. The other types of ships also received ways to improve their anti-aircraft firepower in the form of commander skills, modules, and, for cruisers, the Defensive Anti-Aircraft Fire consumable. How do you get into a carrier, you ask?

You’ll be able to start researching U.S. and Japanese carriers all the way up the line from day one, with Langley, Hōshō, Ranger, and Ryūjō coming back at Tiers III and V, while two newcomers arrive at Tier VII — Shōkaku and Lexington. The carrier branch of the tech tree stems from the Tier III battleships. Also, be sure to get a head start in the commander game by finishing a set of unique missions available throughout this update to earn the carrier-specific commanders Ernest King and Tamon Yamaguchi. Get ready for an entire new dimension of combat, captains!

The new Limit Breaker campaign will also be featured in the April update, running for 5 weeks with 100 milestones to progress through. The crown jewel of Limit Breaker is the Japanese cruiser Suzuya, this Mogami-class cruiser brings an awesome broadside of fifteen 155 mm guns and plenty of torpedoes to keep enemies at bay. Couple her armament with outstanding mobility, and you’ve got a powerful light cruiser! Suzuya served throughout World War II, though in a rebuilt form. She saw action in several key battles, including the massive Battle of Leyte Gulf, where she was sunk by U.S. aircraft. As usual, you can get her alongside a ton of equipment and rewards in the campaign with admiralty backing.

There’s plenty more coming in this update, including some balance changes to German battleship secondaries, introduction of seasonal Golden Week content and Anniversary Celebrations with a huge sale! Come join the fun and turn the tide! 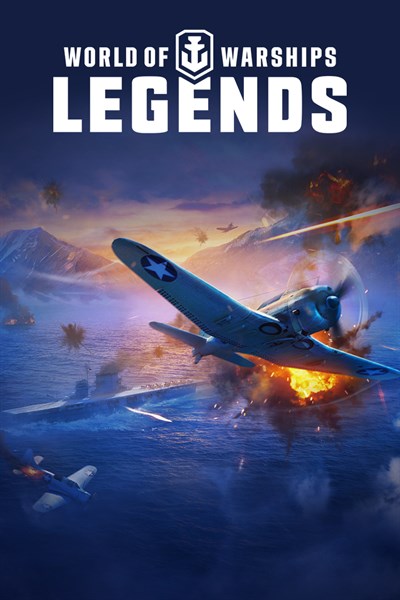 ☆☆☆☆☆
318
★★★★★
Get it now
Experience epic naval action in World of Warships: Legends, a global multiplayer free-to-play online game in which you can master the seas on the decks of history's greatest warships! Recruit Legendary Commanders, upgrade your vessels, and stake your claim to naval domination alongside and against players from around the world.